We met in the Bandstand as usual at 9.30am, the day was cool and overcast, but dry.  It was the last day of Fairtrade Fortnight and so we considered how making ethical choices, like choosing Fairtrade products, was one way to be obedient to God’s command to “seek justice” in Isaiah Chapter 1. 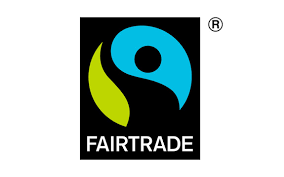 Our worship began with a time of  reflection using the Lord’s Prayer.

This is a very sobering passage in which God through the prophet Isaiah berates the Israelites for thinking that they can honour Him while mistreating other people. Sometimes even as  Christians we seem to be able to divorce our relationship with God from how we treat other people. That’s why I’m always very suspicious of people who make a big fuss about worship without showing concern for social justice.

The injustice which offends God in this passage is not only active exploitation and wrong doing, but also neglect and indifference. The people are told to “seek justice”. that means – Encourage. Defend. Plead the case. Take up the cause. We are all called to speak out and take action!  Seeking justice is not be an optional extra for us but should be part of our daily lives. Biblical justice is never impartial; it is partial towards the poor, the powerless and the vulnerable, it is also partial in demanding the common good and the welfare of every individual.

When society and our world is structured in such a way that people are impoverished and disempowered, sin is taking place even if no single individual can be blamed, it is what some people describe as structural sin, or corporate sin.   Examples: Slavery. Poverty. Neoliberal free-market economics – a system which makes the rich,  richer and the poor,  poorer. How women have been treated and still are treated in most societies as second class citizens. How international trade is conducted – the rich and powerful get the lion’s share and poor producers get the crumbs.

Although imperfect, the Fairtrade movement stands for justice and equity, it offers a very definite alternative model of international trade. It puts fair prices and fair wages, sustainable development, environmental protection and social justice at the heart of trading relationships with poor producers.

Through making an ethical choice to buy Fairtrade products we can ensure that Third World farmers are paid a fair price and workers a decent wage, and in our shopping at least, we can be obedient to God’s command to “seek justice”.

Amos 5:23-24 : “I’ve had all I can take of your noisy ego-centric worship. When was the last time your life reflected your worship? Do you know what I want? I want justice – oceans and oceans of it. I want fairness – huge rivers of it. That’s what I want.”

Next we used a reworking of the Beatitudes (with thanks to Brian McLaren and Rob Bell) as a creed:

The poor and those in solidarity with them – God is on your side.

Those who mourn and feel grief about the state of the world – God is on your side.

The non-violent, gentle and humble – God is on your side.

Those who hunger and thirst for the common good – God is on your side.

The merciful and compassionate – God is on your side.

Those characterised by sincerity, kindness and generosity – God is on your side.

Those who work for peace and reconciliation – God is on your side.

Those who keep seeking justice – God is on your side.

Those who stand for justice and truth as the prophets did, who refuse to be quiet even when

slandered,  misrepresented, threatened, imprisoned or harmed – God is on your side! 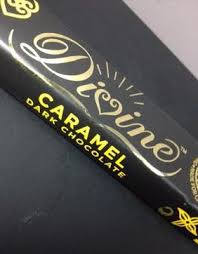 For our activity around the park we combined the fun of a treasure hunt (seeking Fairtrade chocolate bars hidden in the park) with considering how we could commit to “seek justice” more and more.

Now where can those chocolate bars be?

Have you found any here?

Ah there they are!

On returning to the Bandstand we shared bread and wine with the following liturgy inspired by Jonny Baker:

On the night before Jesus died, he gathered with his friends to share a meal. Over food and drink they shared stories of lament and longing.

They told stories of Lament for a world of injustice and powerlessness that before they met Jesus they hadn’t even noticed.

Lament over the people who were silenced, oppressed, exploited.

Lament over the people who were blind to the possibility that the world could be anything other than what it was.

They told stories of Longing that the new world they’d glimpsed might become reality;

Longing that the voiceless would be given a voice.

Longing that the powerful would be freed from their addiction.

Longing for the imagination to see that this world does not have to be as it is.

Then Jesus called for bread and wine.

The bread held in his hands … the words of blessing …the breaking of the bread, and then the shocking words, “this is my body… broken… for you…”

The cup of wine, an ancient memorial re-imagined… the blessing … and then the heart-breaking words, “this is my blood… poured out… for you and for many…”

May this bread be food for our journey as we “seek justice”.

May this wine be a sign that we are no longer in thrall to the old order whose power Christ has broken.

May this place be where hopes and dreams are forged.

May this community be a reminder that we are not alone.

May we be able to throw off the old order and live the new life of Christ as we “seek justice”. Amen.

We then departed to Cool River for Fairtrade coffee and refreshments!

There are no upcoming events at this time.