So, it was relatively mild this morning – although Paul would hotly (?) dispute that! It was good to have Kitty and Harry back with us and we had a very festive bring and share time of worship together.

Paul began with a favourite and heartfelt Psalm of thanksgiving, then Grayden shared two articles from the Guardian on the disparity of wealth in the UK this Christmas time.

We sang ‘O Little Town of Bethlehem’ – rather well I might say – for our one time of year that we sing!

Wendy shared thoughts on angels: Are we too sophisticated to believe in such beings now? What of the 1 in 4 people in Britain who believe in them? What are we to make of tales of tall, radiant beings in all religions and cultures and of stories of ordinary looking people who show up to save and then vanish? The message of the angels was the announcement of the arrival of love itself – there could be no better symbol for that than a new-born baby. Our mission is to join with those angels to be messengers of hope and love and good news to a world in need – to be messengers from God – angels – in our own way.

She shared the story of a hugely generous act of kindness by a stranger to Kitty and another student in Salisbury – a woman whose hospitality went beyond that expected. An angel of sorts…

And we saw photos from Ashbourne Methodist Church of their 803 knitted angels that were placed around the town bearing messages of love and hope and taken by passers by who sent in their thanks and photos.

It would seem that people connect with Angels  – and their part in the Christmas story still has resonance today for us all.

Grayden shared a story then of another act of amazing generosity by someone they know who sold his house in Derby and bought a new one in Hull in order to house refugees and asylum seekers – another challenge to us to be looking for how we can be God’s bringers of good news.

Then we had our annual prayer event: We have a shepherds crook and write prayers on labels which are then hung on to it for a year. Our prayers are for all those who need the closeness of Jesus, the Good Shepherd in the coming year.  We took off our prayers from last year and mused on them and burned them as a final offering.

The new ones are on the crook along with the names of the ten worst countries for Christian persecution, which Fiona had brought. She then led us in an encircling prayer for all those named:

We had all the serious stuff and some very thought provoking and challenging input but we had to end with some festive fun:

Apologies for what follows!

“It was Christmas Eve at the bandstand

when all through the park

The birds they were singing (not including the lark)

Friends were shivering together, just out of their beds

While visions of dog friends danced round Ribble’s head.

But what to our wondering eyes did appear,

But a sack full of crackers behind Barbara’s rear.

She’ll give one to all like a jolly old elf

And when you all get one your laugh to yourself.

Happy Christmas to all!  … Let me read out my gag!” 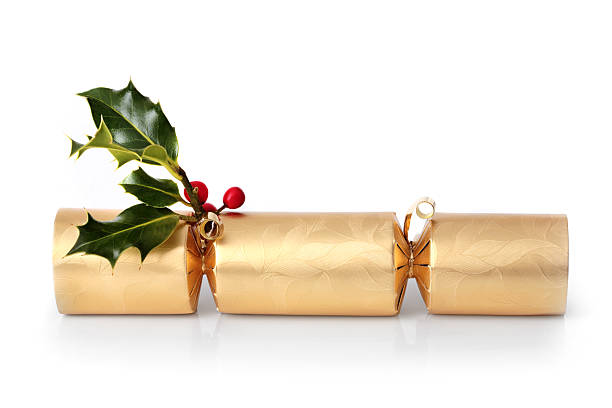